Some of the key enablers of Industry 4.0 include:

As we move through the Industry 4.0 series of blogs, we will cover each of these in more detail, but I want to give you brief scenario of how all of these will fit together to form a Smart Value Stream®. 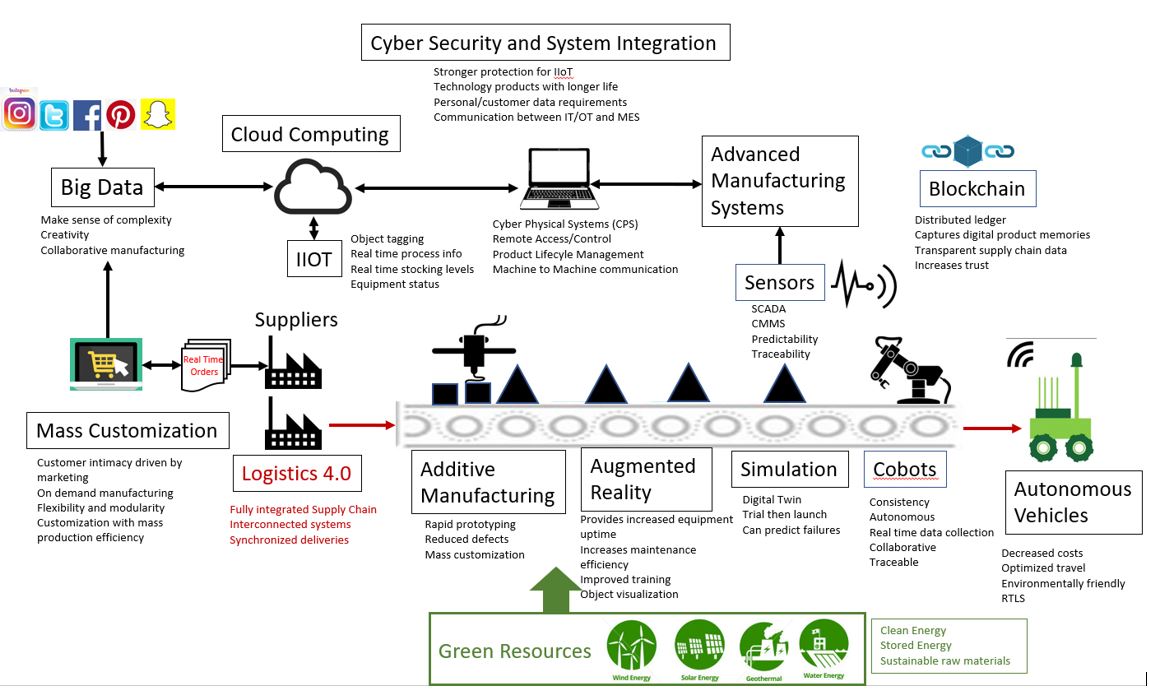 Let’s say that my wife is watching a TV show and sees an actress wearing a beautiful dress on a popular show.  She thinks that it would also look good on her, so she begins to search on social media to see if she might be able to buy one as well.  She notices that the dress appears on Pinterest, is being talked about on Facebook and she sees pictures of it on Instagram.  Within 48 hours of seeing the dress on the TV show, she finds it available for sale online.  How did this happen?

Using Big Data (Machine learning, Deep learning, Predictive Analytics) the dress company monitored social media to see if there was sufficient demand for selling the dress to consumers.  After rapidly analyzing the data, the company placed purchase orders with their manufacturers and on-demand suppliers.  These suppliers brought in material from their connected supply chains and began to produce the orders within 24 hours.  Once the dress selling company was alerted that they had inventory available, they launched their micro-site with the dress offered as an item that customers could order.  The flexibility of the supporting systems is what made such quick turn-around possible.

As always it is an honor to serve you and I hope that you and your company are getting better every day!