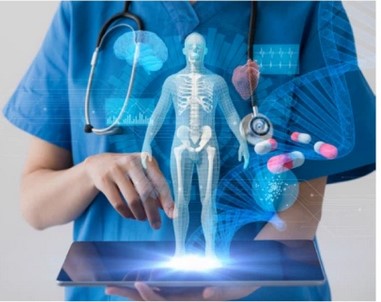 5G speeds are being adopted more quickly every year.  As I have mentioned before in this Industry 4.0 blog, 5G speeds will provide the backbone for automated factories and that is becoming more of a reality every day.  Believe it or not, the discussion around 6G speeds is already beginning.

It is estimated by 2025 that 48% of the US or 205 million users will adopt 5G devices.  Much of the adoption of 5G speeds will depend upon when Apple releases an iPhone with a 5G chipset in them.  Could it be this fall?  Hard to know, but I would think it will be soon.

Apple bought Intel’s smartphone modem business in the fall of 2019 for 1 billion dollars.  This gave Apple 17,000 wireless patents and intellectual property.  As stated in a joint press release this was to give Apple the ability to design its 5G modem technology.

In June 2020, they bought NextVr for $100 million.  This gives them access to a company in the virtual reality space.  NextVr primarily focuses on the sports and entertainment world.  I know there is an overlap between the virtual reality and augmented reality world, which will benefit immensely from…

Samsung is releasing what they believe 6G will bring to the table as far as speed and user applications.  Probably the most impressive detail is 6G speeds are expected by 2028.  This is only 3 years after half the US will adopt 5G.  Does that sound a little aggressive?

Regardless, here are the expected benefits of 6G.

Think about trying to get a signal in a pre-COVID pro football game with 4G.  Not happening.  6G will be an improvement over 5G’s ability to handle density.

Samsung is estimating that latency, or delay, will be 100 microseconds.  I’m struggling to find comparisons for that speed.  According to Wikipedia, a finger snap is 150,000 microseconds.  That is 1/7 of a second.  This is still 1500 times longer than the latency of 6G speeds.

An enormous benefit will be in autonomous cars and AGV’s in a manufacturing plant.  There will be almost no delay.  Sensors can send data in true real-time.

Forget augmented and virtual reality.  The next frontier will be extended reality glasses.  These will be immersive and allow you to see motion.  Think about the Matrix.  You can guide your cobot to pick items off of the warehouse shelf.

Holograms will be realistic.  Forget telemedicine, your fitness device can take an EKG and send it to the doctor.  Then they can look at your body using a realistic hologram.  Swallow some dye and your doctor can see how your organs are working.  Voila! No need to visit the doctor’s office.

Businesses will enjoy this technology because it will allow a more accurate digital model or digital twin.   You can model actual usage in full immersive accuracy from far away.  Imagine a piece of equipment going down and you could direct a cobot to fix it by entering the control panel from halfway around the world.  Red or blue pill?